This was a sweet and warm book. Though the book is mainly about a road trip Truman took from Independence, MO to the East Coast and back, you get a lot more in terms of history and trivia. The book's narrative alternates between Harry's story and the author modern day journey tracing Harry's route and, as much as possible, staying in and visiting the same places Mr. and Mrs. Truman visited. The result is a pretty good picture of the 1950s United States and how it has changed over time, sometimes for the better, other times not so much.

Today we have a certain vision of what former U.S. Presidents are supposed to do. But it was very different in Truman's day: he did not even get a presidential pension (that would eventually change, but for a while he was barely making it). He was also the last president to travel as a common citizen after being president (no, no Secret Service protection neither. That change would come later too for other presidents). Though he did his best to travel incognito, people often recognized him, and he remained gracious through it all. His journey was not easy; the interstate highways did not exist yet. So it was a long journey with some hazards, but it was also a great way to see the country as it was.

This is an interesting and entertaining read that also teaches a few things about U.S. history. Keep in mind, the Cold War was getting started at this time. As Algeo visits locations today, sometimes you get a sad feeling of something good now gone, such as certain restaurants, of days gone by. But at times, you also see that progress was made.

Fans of presidential histories and biographies will probably enjoy this book. Fans of road trips and travel narratives will enjoy it as well. It's a good selection for public libraries. Some academic libraries may find it of interest as well, especially if they collect works in popular culture. This was one I really liked.

"Harry Truman was the last president to leave the White House and return to something resembling a normal life. And in the summer of 1953 he did something millions of ordinary Americans do all the time, but something no former president had ever done before-- and none has done since. He took a road trip, unaccompanied by Secret Service agents, bodyguards, or attendants of any kind" (2).


On Harry not having a presidential pension:

"But by 1932, just 15 percent of American workers were eligible for private pensions. Not until the Social Security Act was signed by FDR in 1935 were most workers guaranteed at least some income after retirement.

As a government employee, however, Harry Truman did not qualify for Social Security. And he'd left the Senate too soon to qualify for a congressional pension.

His only income was that army pension" (18).


He had served in World War I; that is where the army pension came from. Today we take things like presidential pensions and social security for granted. And today some people grouse about presidents having pensions, but back in the day the idea was to assure former presidents did not end up destitute after their service to the United States. Further, while had a rented office, he paid for it as well as two staff members. It would be much later when former presidents would get an allowance for things like an office. Also, "making a living" out of being a former president was not common. Some former presidents back then took jobs in boards, etc., but being a "celebrity" as they are now was not really set yet.

Keep also in mind that outside big cities, hotels were uncommon. Motels were just starting to rise; the first one was opened in 1925 in California. Even then, quality varied greatly. Roads were not that much better. It was not until after World War I that the federal government started financing state road building. Here is a little trivia:

"In 1926 federal and state transportation officials organized this patchwork as numbered U.S. Highways, with east-west roads given even numbers from north to south, and north-south roads given odd numbers east to west (hence Highway 1 runs from Fort Kent, Maine, to Key West Florida)" (89).


By the way, even presidential book signings were not established in full back then:

"The ex-presidential book signing is a ritual begun by Harry Truman. In a hotel ballroom in Kansas City on November 2, 1955, Harry autographed four thousand copies of his memoirs. According to his publisher, it was the first time an ex-president had 'agreed to sit down and sign copies of his book'" (123).


By the way, Harry's book signing pace was a bit more friendly and relaxed than ex-presidential book signings today with all sorts of rules and restrictions.

Truman hated how television could turn politicians into actors, but he saw early on television's significance. In 1943, at a time when few people even knew what a television was, he had this to say:

"It is true that there are many technical and commercial difficulties that must be overcome. But the day cannot be far off when our homes, schools, offices, and automobiles will be equipped with television sets. We will see news and sporting events while they are actually happening" (157).


Given we have cars with Internet capabilities and screens, I'd say Harry's idea of TVs in cars is here. 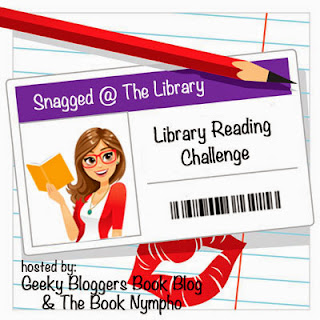 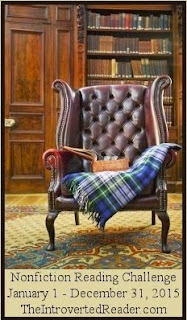