Welcome to another edition of "Signs the Economy is Bad" here at The Itinerant Librarian. This is the semi-regular (as in when I have time and/or feel like doing it) feature where I scour the Internet in search of the oh so subtle hints that the economy is bad. Sure, pundits may say things are getting better, but what do they know? And to show not all is bad, once in a while we look at how good the uber rich have it. 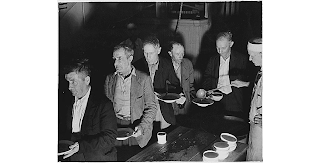 This week, it has been lean in terms of finding things about the bad economy. However, I did find a few items that I think are interesting and significant. So here we go.

Email ThisBlogThis!Share to TwitterShare to FacebookShare to Pinterest
Labels: Economics and moolah, Odd and curious