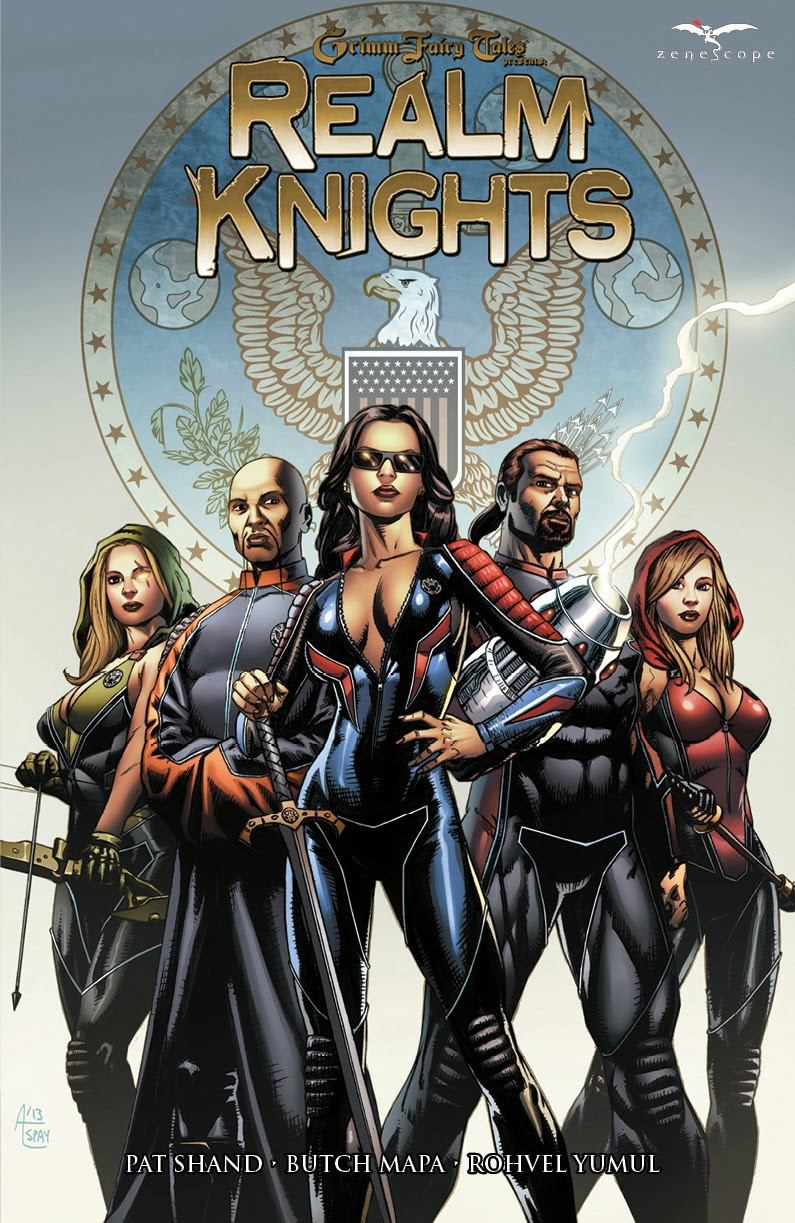 This is a compilation of issues 1-4 of the Grimm Fairy Tales Presents: Realm Knights series. The volume also includes Realm Knights One Shot, which is a prequel to the series. You do not have to read the one-shot first to read the series. However, the series does make some very small references to the events from the one-shot, so some readers might consider skipping ahead, reading the prequel, then reading the series. I will let my four readers decide. Finally, in terms of content, there is also a cover gallery; in these Zenescope volumes, the art of the cover galleries is excellent and it certainly adds some value to the volume.

The premise here, for our friends who may be new to this series, is that characters from various fairy tales have certain superpowers. They now work for a secret U.S. government agency, albeit not always willingly. Their mission is to stop various threats from other powerful beings ranging from folks like them to mythological deities. Our cast includes Red Riding Hood, Captain Hook, Robyn Hood (who in this universe is cast as a misfit female, which I think is a nice twist), and Snow White. By the way, they all have "cool" secret agent names, but I will leave it to the readers to check them out.

In the series, the heroes need to stop Chronos the Titan from regaining two scythes of power that will allow him to take over the world and become a tyrant. Two sons of Chronos, Neptune and Hades come to assist, though Hades may have an agenda of his own. The action pace is good; this is a basic action hero plot to stop the evil villain, but it is in good fun. As always for Zenescope titles, the visuals and art are great. The dialogue can seriously use some work though; it can be either a little cheesy (and I do not mean the good cheesy kind), or it falls flat a bit in trying to be smart. Overall, this is a quick adventure read and a nice twist on classic fairy tales. There is not much depth, but it is pure light entertainment.

The one-shot mostly looks at Robyn Hood before events from Robyn Hood: Wanted (link to my review of that). We do get to meet the agent that was the Realm Knights' handler prior to the main series, and we get a bit more insight into the government's darker motivations in terms of the team.

Overall, I liked it well enough, so I am giving it 3 out of 5 stars.

Disclosure: The mandatory stuff I have to type to tell you that I read this as an e-book review copy via NetGalley in exchange for a fair review. You know, so The Man is satisfied everything is kosher.
Posted by A. Rivera at 11:10 AM