Booknote: Smoke Gets In Your Eyes

This memoir of a crematory worker is a fascinating book that blends memoir with mortuary trivia and history. We learn about the mortuary industry in the United States and about mortuary practice around the world. I learned a lot from reading. I have expressed before that when my time comes I would like to be cremated, and after reading this I can say I still would like that. Believe me, once you learn what goes on into the embalming process, you'd consider cremation too. Sure, the book's topic may be morbid for some readers, but the author makes it interesting, accessible, and we even get some moments of light humor. This may be a book that more people need to read, if for no other reason than to demystify mortuary industry.

For me, this certainly qualifies as one of my best reads for 2015. Caitlin Doughty's memoir of working at a crematory then going on to mortuary school and striving to provide better options for the dead and their families is moving, fascinating, and engaging. In writing about the dead, she writes with respect and compassion. In writing about the need to improve mortuary practices, she is a passionate and knowledgeable advocate.

The author does a great job at educating people about death rituals and the mortuary industry that she works in. She also dispels many myths and misconceptions the industry often promotes; the industry does it for various reasons, including financial incentives. The mortuary industry sees her as lifting the curtain on secrets of their trade, but these so-called secrets are things that everyone needs to know in order to prepare for a good death.

On how death moved to hospitals and was medicalized:


"Dying in the sanitary environment of a hospital is a relatively new concept. In the late nineteenth century, dying at a hospital was reserved for indigents, the people who had nothing and no one. Given the choice, a person wanted to die at home in their bed, surrounded by friends and family. As late as the beginning of the twentieth century, more than 85 percent of Americans still died at home" (43).


By the 1930s, death became a medical process. The hospital was now "a place where the dying could undergo the indignities of death without offending the sensibilities of the living" (43).

Embalming was mostly, in recent times, a marketing and consumer ploy. But embalmers managed to shroud themselves in a medical cover to make themselves appear legitimate, professional, and respectable, when they were mostly hucksters who made money in war time for sending battlefield corpses home. They had quite a marketing operation to spin a better narrative:

"Manufacturers of embalming chemicals aggressively marketed the unique image of the embalmer as a highly trained professional and technical mastermind-- an expert in both sanitation and the arts, creating corpses for public admiration" (81).


Keep in mind that:

"Never mind that corpses had been kept quite safely in the home, prepared by the family, for hundreds of years" (81).


And the sad thing is:

"North Americans practice embalming, but we do not believe in embalming. It is not a ritual that brings us comfort; it is an additional $900 charge on our funeral bills" (83).


Doughty discusses the 1963 book The American Way of Death by Jessica Mitford. The book, an expose of the funeral industry and "not at all too kind to funeral directors" (107), was a bestseller in its time. However, in many ways Mitford did keep enabling the death denial culture. The book's big issue in the end was the predatory and mercenary practices of funeral directors:

"In writing The American Way of Death, Jessica Mitford wasn't trying to improve our relationship with death, she was trying to improve our relationship with the price point. That is where she went wrong. It was death that the public was being cheated out of by the funeral industry, not the money. The realistic interaction with death and the chance to face our own mortality" (113-114).

"The modern corpse has two options: burial with preservative embalming, which grinds decomposition to a halt into perpetuity (or at least until the body starts to harden and shrivel like a mummy); and cremation, which turns into ash and dust. Either way, you will never see a human being decaying" (158).


This can also explain the obsession and fascination society has with zombies, an obsession that has gathered more steam recently with shows like The Walking Dead (though ironically that show, and the comic that serves as the show's source, has become less about zombies and more about the evil men do to each other, a paean to "stand your ground" types). On this fascination, the author writes:

"Because we've never encountered a decomposing body, we can only assume they are out to get us. It is no wonder there is a cultural fascination with zombies. They are public enemy number one, taboo, extraordinaire, the most gruesome thing there is--a reanimated decomposing corpse" (158).


She also goes on to discuss how the burial process  usually works. That part of the book is worth reading as it dispels many common misconceptions.


"Embalmers embalm because they think it makes the corpse look better, because they've been told it's what's 'right' and 'decent,' and because it makes it easier to control the viewing. Also, they get paid for it. Not because the microorganisms present in an un-embalmed body pose any threat to a family" (174).


We understand the science of death and how germs actually work. There just is no reason to say proximity to the dead, especially just for brief moments of closure, will harm the living.

And we the living do need closure when death comes:

"A corpse does not need you to remember it. In fact, it doesn't need anything anymore--it's more than happy to lie there and rot away. It is you who needs the corpse. Looking at the body you understand the person is gone, no longer an active player in the game of life. Looking at the body you see yourself, and you know that you, too, will die. The visual is a call to self-awareness. It is the beginning of wisdom" (174).


Even the bad economy gets the dead along with the living:

"In bad economies, major cities see a drastic increase in unclaimed bodies, not all of them homeless or even without a family. A son may have loved his mother, but if his house is in foreclosure and his car repossessed, his mother's body might shift from relic to burden very quickly" (204).


The author's definition of a good death:

"For me, the good death includes being prepared to die, with my affairs in order, the good and bad messages delivered that need delivering. The good death means dying while I still have my mind sharp and aware; it also means dying without having to endure large amounts of suffering and pain. The good death means accepting death as inevitable, and not fighting it when the time comes. This is my good death, but as legendary psychotherapist Carl Jung said, 'It won't help to hear what I think about death.' Your relationship to mortality is your own" (222).


I could certainly get behind that idea. Death is coming for us all; we may as well make peace with it and be ready.

Let me take a moment or two to look at a few thoughts presented in the book that no one really considers. One, a physician and medical school professor she spoke to stated the following:

"By 2020 there will be a huge shortage of physicians and caretakers, but no one wants to talk about it" (222).


Now ponder the above, and add this in:

"The fastest-growing segment of the US population is over eighty-five, or what I would call the aggressively elderly. If you reach eighty-five, not only is there a strong chance you are living with some form of dementia or terminal disease, but statistics show that you have a 50-50 chance of ending up in a nursing home, raising the question of whether a good life is measured in quality or quantity" (223).


And that assumes that there will be a caretaker for all those deteriorating old people let alone them or their families being able to afford a caretaker or a quality nursing home. Deity of choice help those who end up in an understaffed, poorly run nursing home, one of those that once in a while end up in the news while the rest of society cringes.  Now the author is not writing this to be mean to old people, but consider that, in contrast to the 1800s, when folks tended to die quickly, today modern medicine basically allows people to spend years on end actively dying, dragging out the inevitable, often causing more suffering not just for the one dying but for the family. Thus, consider the following:

"We do not (and will not) have the resources to properly care for our increasing elderly population, yet we insist on medical intervention to keep them alive. To allow them to die would signal the failure of our supposedly infallible modern medical system" (224).


Those passages about the elderly really made me think. I'll be honest. I would rather die early and in peace than be held prisoner to the medical establishment. Keep in mind the reality is most elder folk, most of which are women by the way, will end up in an overcrowded nursing home, slowly and painfully dying, and that's if you are lucky. Only very few will have a solid and good retirement plan and a devoted caretaker. Those few are exceptions, not the rule.

And in the end, when it comes to the frantic efforts to extend life, as in much else in life, just follow the money:

"It is no surprise that the people trying so frantically to extend our lifespans are almost entirely rich, white men. Men who have lived lives of systematic privilege, and believe the privilege should extend indefinitely" (228). 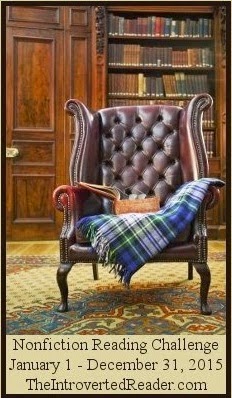 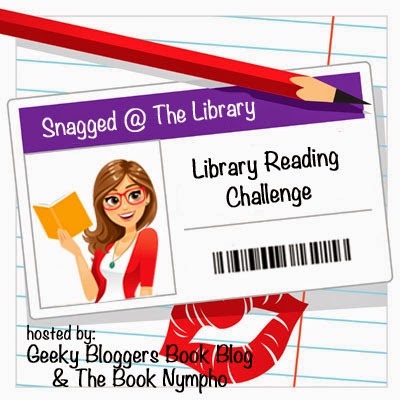 Email ThisBlogThis!Share to TwitterShare to FacebookShare to Pinterest
Labels: Books and reading, Economics and moolah, Pop Culture, Reading Challenges, Tributes and obits, Working for a living