From the book's description:

"VERTIGO brings you a graphic novel with four detectives, four time periods, and four dead bodies - all set in London. Edmond Hillinghead is an 1890s overachiever who’s trying to solve a murder no one cares about while hiding his own secret. Karl Whiteman is our dashing 1940s adventurer with a shocking past. Shahara Hasan is 2014’s kickass female Detective Sergeant, who walks the line between religion and power. And Maplewood, an amnesiac from post-apocalyptic 2050, brings a haunting perspective to it all.

Si Spencer (HELLBLAZER: CITY OF DEMONS, THE VINYL UNDERGROUND) executes a centuries-spanning murder mystery like nothing you’ve ever seen before, with four sensational artists illustrating a six-page chapter in each issue: Dean Ormston, Phil Winslade, Meghan Hetrick and Tula Lotay.

This is one that I really wanted to like. It had it all: an intriguing premise with the four detectives trying to solve murders that seemed linked over time, great art done by various artists, and it seemed reminiscent of works by authors like Alan Moore, and great use of Jewish, Kabbalah, and other lores. It even had a strong female detective who also happens to be Muslim. This should have been great. It just felt short on the delivery.

The story starts out in good solid manner. The author develops the mystery in one story, then it jumps around from one time period to the next. The setting is in London in the following time periods: 1890, 1940, 2014 (present day), and 2050. Each time period is carefully presented and depicted. The artists pay great attention to detail, capturing the essence of a time period, including the uglier elements. In addition, the detectives are pretty compelling characters that we want to follow. In addition to our Muslim female detective (in 2014), we also get the Victorian detective who is involved in some secret society (and so happens to be gay, though back then, it was seen as a perversion); the 1940s detective is trying to solve the case, but he is also a corrupt cop involved with local rackets, and the future era detective suffers from some form of amnesia. To be honest, it is with that future timeline that things seem to fall apart in what could have been a good tale.

For one, we do not totally get what exactly happens in the future to cause her amnesia. There is something about a pulse wave, an experiment, and her mother may have been involved in it, but it is left up in the air. That thread is not tied down. So when you come from following the tale from the other three time periods, you are just not sure what the deal is. Second, as I got closer to the end, there is a feeling the author just did not quite know where to go, and it ended up in some new age kind of ending that sort of left me unsatisfied and with a few more questions than I started with. After following all the threads, when I got to the end of the comic I was asking myself, "what the hell was that about? It ends here?" And this is not the good kind of open end neither. It just plops the ending and the book is done. It was a real letdown.

Oh, and another minor issue if you are reading this on an e-reader. The publisher decided to put all the filler material such as variant covers and sketches at the start of the book. So you go about 20 pages in before the actual comic starts. Now, in print, you just flip through the pages and ignore it. In an e-book comic without a hyperlinked table of contents, it can get annoying having to flip page after page of art they want to show off in order to get to the story. That certainly did help me like the volume any better, and I honestly hope in the final draft they do fix that and put that stuff where it belongs: in the back of the book.

In the end, it was an OK work. The only reason I do not rate it lower is because I did like the attention to detail in the older time periods and the good art. However, the plot leaves a lot to be desired and is overall confusing. This is not one I would recommend. If you must read it, borrow it. 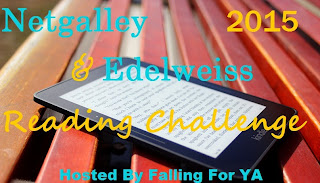