If you wish to find it in a library near you, you can use WorldCat.
If you wish to purchase it, you can to go the publisher website, or you know, you can go to that other behemoth online retailer. This is a very good reference source of Tarot for beginners as well as advanced folks who may want a good resource handy.

The book is organized into thirteen chapters plus a preface at the beginning and the following sections after the last chapter: an appendix, a recommended reading section organized by topics, a list containing some internet resources, and a bibliography. Some of the chapter topics include:

I am just providing a small sample from the table of contents. The author does strive to include as much as possible in the book, though he admits the label "complete book" is ambitious. Having said that, Louis does pack a lot, and some of it is deep and substantial. Some of the topics can be a bit high level for beginners. If you are a beginner, like I am, some of the sections in the book you might skim initially, then as you develop a further interest in that topic and as you make progress in your learning, you can go back and read it more attentively. For example, the parts on the Golden Dawn may be a bit much for a beginner like me, but I know over time I may move to explore that topic, and when I am ready, I can study that section further. Since Louis also provides lists of additional resources, I can take my studies further. My point here is that this is a book that can grow with you as you grow in your Tarot practice. For intermediate and more advanced practitioners, if you want to expand your craft, for example, if you want to work in the Zodiac into your Tarot, this book can give you a good start for that.

Though some of the topics can be a bit too esoteric for some readers, at least initially, still the book makes an excellent reference source. This is a volume I would recommend for libraries if they need to add some reference items on Tarot and divination. Though I advocate for those libraries to make this book a circulating copy, I will understand if some libraries choose to keep it in the reference collection for in-house use only. Topics like Tarot and divination can be popular in libraries, and if you let this one circulate, it may not come back. It's that good. I can tell you this is one I would order for our library. Also, though I got to read it as an e-galley, this is a book I would buy and add to my personal collection.

In the preface, the author outlines his guidelines in setting up the book. He presents eleven guidelines he followed to create the book, which give us a sense of the thought process in creating the book. I would like to cite a few:


The author's hope for the book:

"My hope as an author is that I have succeeded in presenting a useful and comprehensive guide to tarot for the twenty-first century. It will be up to the reader to decide whether this book has lived up to those expectations" (xviii).


As a reader, I can tell you that for the most part, yes, he has succeeded.

Louis  tells us a bit of how in younger days he came to be a skeptic. He was also sent to Catholic school. As a survivor of Catholic school, I could relate to this:

"The mismatch between the nun's teachings and the evidence of my senses only served to deepen my skepticism" (5).


Additional influences Louis mentions when it comes to his work with Tarot:

"The reader will notice the influence of Freud and Jung as well as my background in psychiatry and psychology in the way I approach the cards" (6).


Louis takes the time to dispel various myths about Tarot including the one about cards being evil or devil tools (they are not). He defines "myths" as follows:

"By 'myths' I mean assertions which are neither verifiable nor grounded in firm evidence" (9).


The next point is an interesting idea, though I think that often Protestantism can be just as dogmatic and uptight as Catholicism. If you need an example, just look at Evangelicals and Baptists in the U.S. today. However, I do see what the author is trying to aim at.

"Interestingly, the modern use of the tarot for self-exploration is more consistent with the ideas of the Protestant Reformation than with traditional Catholicism because tarot assumes that individuals can discover truth on their own without the intermediacy of a hierarchical religious organization" (10).

To that list I would add Jessa Crispin's The Creative Tarot, which I recently read; I will be posting a review for Crispin's book soon.

Louis' book does take some time to explain the influence of Golden Dawn in light of the Rider-Waite-Smith (RWS) Tarot cards, which are the most commonly used. This is done in an accessible way, just enough to learn without being overwhelming.

Louis gives a full chapter to Tarot reversals and dignities. On reversals, he offers some common sense advice as he opens the chapter. If you decide to use reversals on your Tarot readings, Louis offers plenty to get you going. On reversals, he writes:

"Entire books have been written about how to interpret reversed or inverted cards. Mary K. Greer's Complete Book of Tarot Reversals is an excellent resource. Some readers simply ignore card reversals and read all cards upright. Others find inverted cards to be indispensable. This chapter presents some viewpoints about card reversals, and you will need to experiment to decide whether or not you want to use them" (55).


Again, we see how the author uses the travelogue approach and encourages readers to experiment and find their path. At the moment, I am a Tarot learner who does not do reversals. In fact, I shuffle my deck so there are no reversals. Will I experiment with reversals down the road? Maybe, but I feel a need to keep things simple for now.

Oh, by the way, the definition of a Tarot dignity for those of us who did not know:

"When we speak of a card having dignity, we are referring to the card's rank or relative importance with respect to other cards in a spread" (57).


Tarot today has evolved past being just a fortune telling tool:

"Tarot, on the other hand, has evolved to become a tool to tap into one's intuition, understand one's motivations, gain insight, and brainstorm. The modern focus on the use of the tarot has changed from fortune-telling to gaining perspective, clarifying issues, and taking responsibility for one's life. The older fortune-telling aspects of tarot do not fit well with the current approach of empowering clients to make informed decisions. In fact, the majority of modern tarot readers prefer not to be viewed as fortune-tellers" (65).


This is pretty much what I use my Tarot cards for: insight, some intuition, and a little meditation.

On reading the Tarot cards and mastering that skill. I find interesting the idea of story making, since story making has a long tradition for people. This also appeals to the writer in me:

"Reading what is written in the cards is an art that can be mastered with a combination of sufficient study and practice. Divination with the tarot uses the card's images to tell a story that has relevance for the querent. Essentially, reading the tarot is a form of myth-making, which functions like the stories of antiquity, allowing access to thoughts, feelings, and images by which we can make sense of our experiences and lend meaning to our lives. Facilitating access to these archetypal images is the core of the process" (68).


Another intriguing idea, perhaps a bit romantic or spiritual, is that Aleister Crowley (this other link has a list of his works, including some of his works in full text, via Hermetic Library) saw the cards as living entities and learning them as making new friends. On learning the Tarot, this is what Crowley believed as cited in the book:

"Crowley believed that newcomers to the tarot could truly appreciate the cards only if they observed closely how the tarot behaves over a substantial period of time. In other words, an understanding of the tarot comes only through extensive experience with the cards, treating them as if they were sentient beings. How do you get to Carnegie Hall? Practice, practice, practice" (70).


Do note that at various points, the book also features some learning exercises to help out Tarot learners. That I certainly appreciated.

A bottom line for learners:

"Ultimately, you need to develop your own understanding of each card, regardless of what so-called 'experts' think the card means" (210).


This is another detail I found neat. Louis also writes, given his psychology background, how Tarot serves much the function as childhood imaginative play. This draws on the work of D.W. Winnicott, and I found this to be a nice upbeat and positive way to look at Tarot:

"What, then, is a tarot reading if not an excursion into the imaginative world of childhood play? By entering the transitional space of tarot reading, we create for ourselves a safe environment where we can play with our deepest fears and anxieties as well as our most cherished hopes and wishes. We then return to the 'real' world to make our dreams a reality. The playful myth-making that emerges as we read tarot links us to the mythic imagination of past generations and moves us forward in our search for self" (210).


A note on Louis' list of the resources that he recommends:

"Included in this bibliography are but a handful of representative texts I have found particularly useful. The list is not intended to be exhaustive, and there are no doubt many excellent books that have not been mentioned due to lack of space or simple oversight on my part" (215).


It is still a great list for further reading and learning. From the list, so far, I have read Ellershaw's Easy Tarot Handbook, which I have reviewed.

This book qualifies for the following 2016 Reading Challenges: 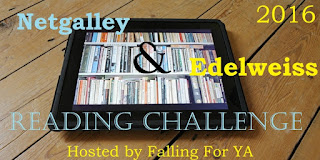