If you want to find out what the big deal about the Mueller Report (Wikipedia entry for quick reference) (link to the actual report, PDF) is but you do not want to read 400+ pages, this may be the next best thing. Mueller did find that yes, Russia did interfere in the 2016 elections in a "sweeping and systematic" way. It also found that neither Trump nor his campaign collaborated with Russia, at least directly. However, Mueller pretty much punted on the question of whether Trump tried to block the probe, or rather did he break the law in doing so. I will leave readers to decide on that question.
In addition to the report's material Mueller exposed a seriously dysfunctional executive branch starting with an incompetent egotistical president obsessed with his ego and image. His underlings ranged from sycophants to not quite honest people getting caught in the corruption to those who could not take it anymore and resigned. The Washington Post, authors of this book used the report plus additional research such as Trump's own tweets on Twitter. Dialogue in the book is taken from the report itself and includes materials like text messages, notes, and interviews as well as public comments. A strength of this book is that, unlike other stories, no "artistic liberties" are taken. All material comes from the report. Even the excellent illustration work is based on press photographs.
The result is a story that not only explains the report. It reveals a dramatic story that reads like a combination of soap opera and playground story.. I say playground story because Trump often behaves like a bratty child. Also, like in elementary school, it turns out that government functionaries often play a form of the old game "telephone." For instance, Trump wanted someone fired. Rather than do it himself, he tells a lackey to send a message to fire the person. If that lackey, for whatever reason does not want to convey the message, he calls a different lackey to do it. Oh, and if the other lackey decides not to do it, it turns out Trump would likely forget about it two days later or so. To call the situation a clusterfuck would be polite.
At times, reading this is highly amusing. This is not meant to be a funny book, but the story gets so ridiculous at times you need to laugh. Then you remember this was a serious issue. You did have a United States President obstructing justice, and he pretty much got away with it (at least as of this post). Some of his lackeys were not so lucky. "Mueller would ultimately indict or convict 6 Trump associates for a wide variety of crimes-- through none were charged with conspiracy with Russia to interfere in the 2016 campaign" (186).
Overall, this is a pretty good and compelling read. It is very accessible, and it is hard to put down once you start reading it. It is well documented; all sources are listed in the back of the book. The art is solid, and the realistic style based on photos enhances the work. I really liked this one. It was a lot better than I expected a "serious" comic to be.
I definitely recommend this for public libraries as well as academic libraries with or without a graphic novels collection. It captures this part of  U.S. history very well. Best I can say is this book makes things clear and accessible for everyone.
4 out of 5 stars.
This book qualifies for the following 2021 Reading Challenges: 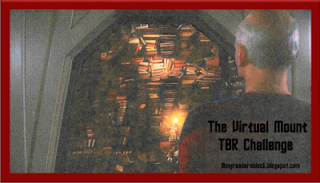 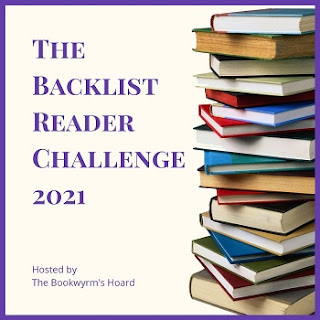 Email ThisBlogThis!Share to TwitterShare to FacebookShare to Pinterest
Labels: Books and reading, GovDocs and other docs, graphic novels, Journalism and News, Politics and politicians, Scribner